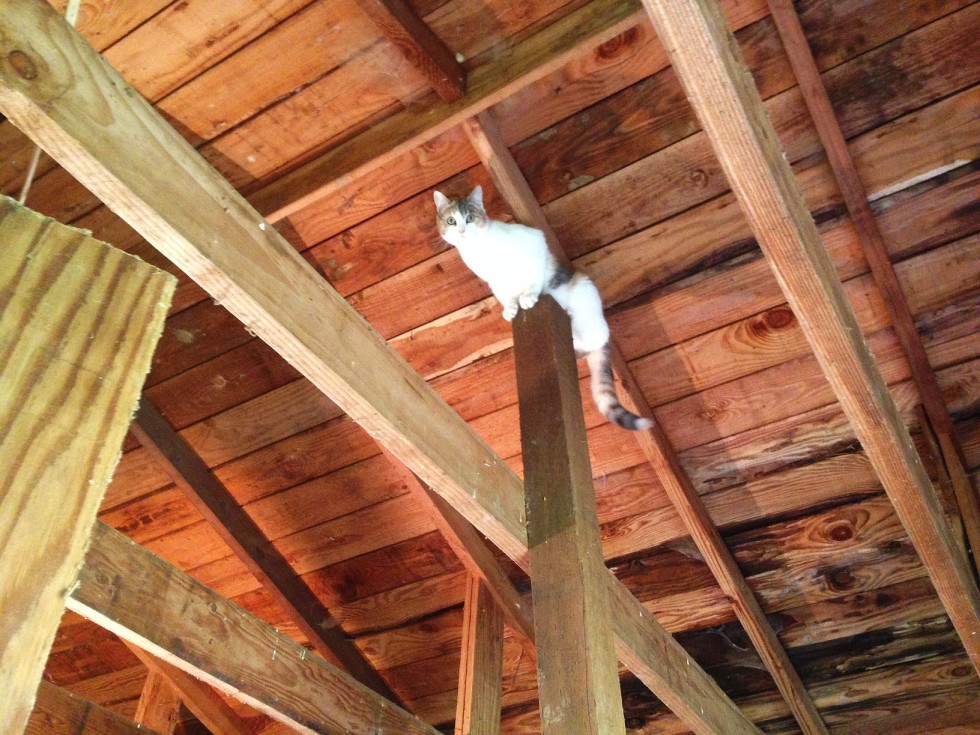 I visit the barn at least twice a day, but most days three or four times.  To let the chickens out in the morning, and to lock them in again at night.  To check food and water.  To check for eggs.

Invariably a cat or two will follow me, since they never like to be left out of whatever’s going on.  Lulu is content to merely be with me, a cat with her person, but Matilda always gets a wild hair when she’s outside and usually ends up climbing something.  So far she’s been able to get down from whatever she’s ascended, and hasn’t fallen from anything, but I have seen her lose her footing and dangle awkwardly from the top branches of our flowering cherry tree.  She prefers that I did not see that, and will climb down with an overabundance of dignity and poise.

I love my dogs.  I love all dogs.  But I do find cats to be so much more amusing.

In chicken news, Wilhelm Von Cocklespurs is all settled in and the proud head of his flock.  He’s first out of the coop in the morning, and he leads his ladies back in every evening.  They all crowd around him on the roost, and he looks as happy as can be.

I watched him find worms in the dirt the other day, but he didn’t eat them himself.  Instead, he brought them over to the hens, did a little bobbing dance and then gave the worms to the hens with much magnanimity.  I think in this way he managed to win them over, because now I see him doing that other thing roosters do, and they seem happy to let him.

And not that we need more chickens, but if Flower goes broody again this summer I might let her sit a couple of eggs.  She might just hatch them, and I would like to see that, as well. 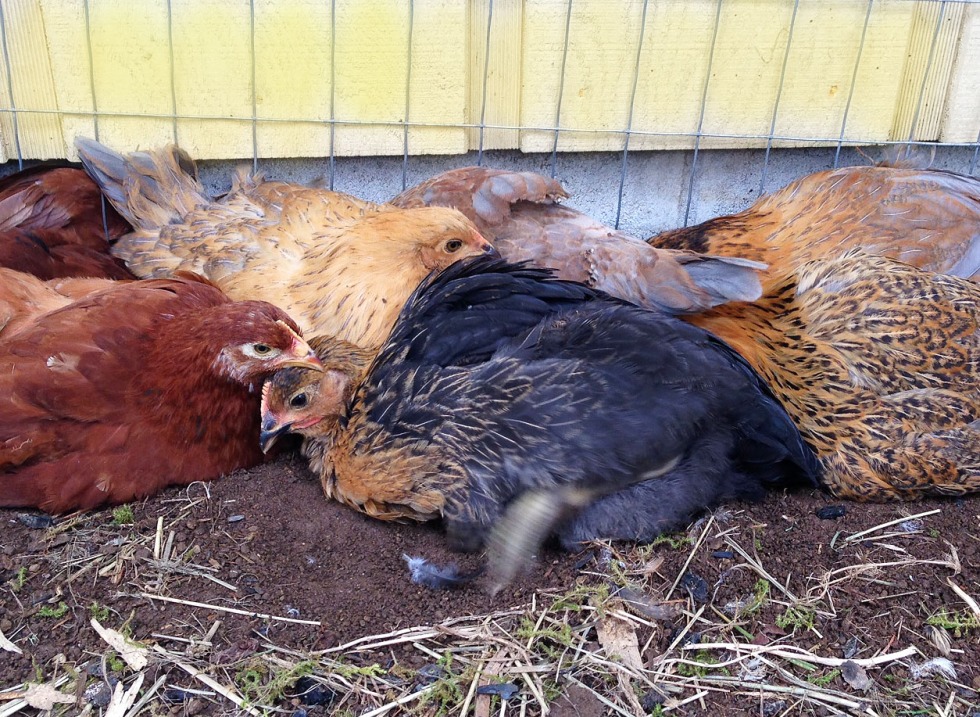 The young pullets are still a flock unto themselves.  They never go far from each other, and they also never go far from the door of the barn.  The wide world seems very scary when you’re a 4-month-old pullet.  Jasper threw some leftover grain from his beer brewing into the yard the other day, and it was tempting enough that they did very tentatively venture the 15 feet from the barn to eat it.  They were jumpy and nervous the entire time though.  I hope they calm down soon.

One day last week I didn’t see them outside at all, not even in the doorway.  I kept looking out the window throughout the day, but never saw them.  Finally I went out to check, and found them all huddled in the corner of the barn opposite their coop.  They were terrified, because in the window was a trapped hummingbird, making quite the racket.

Tilly, of course, was with me, and immediately climbed up onto the window, so I quickly grabbed the hummingbird in my hand.  This wasn’t the first time I held a hummingbird, but I’m always struck by how delicate and weightless they are.  It’s like holding a single piece of fluff in your palm.  The poor thing was frightened (probably as much as the pullets) but unhurt.  I held it long enough to take a picture and marvel at it’s iridescent feathers, then let it go.  It flew up to a safe height, then turned around and looked at me before darting away.

Threatening hummingbird gone, the chicks immediately rushed to the grass outside the doorway and started scratching around.

I’m looking forward to the day when I have a bigger barn out on the farm, and more animals in it.  Goats, ducks, cows and pigs.  Maybe a couple of horses one day for the girls.

More work, to be sure; more early morning and late evening chores, but also more lives to watch play out; more personalities to get to know; and, most importantly, more stories for my day.